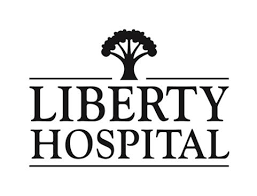 With limited staffing time to review claims and variances occurring due to complexity and ongoing changes in contractual rates and terms, Liberty sought to increase cash flow through a retrospective recovery engagement. This would build on their successful internal review process and their current contract management system.

While interior efforts had been successful in utilizing the application, PMMC was later contracted for a complementary retrospective recovery engagement in order to realize gaps due to lack of available staff and pre-existing workloads in the hospital. PMMC reviews managed care claims to identify and collect underpayments based on the payer contract terms.

Liberty Hospital selected PMMC due to their solid track record in this area. Working closely with the hospital’s staff, PMMC has become an integral part of the organization’s team.

The retrospective recovery service achieved impressive results with PMMC’s recovery team having identified more than $2.1 million for recovery from managed care claims, of which more than $1.6 million was collected. PMMC was able to accelerate cash recovery, improve contract performance and reimbursement process and aid with negotiations.